With the recent concluded Cordillera Elders Workshop on Regional Autonomy from August 29-30, 2016, the workshop strongly supports the resolution pushing for the Ibaloi Indigenous People’s Mandatory Representative (IPMR) in the City of Baguio.

Presented by Jill Carino who belongs to the original inhabitants of Baguio, the resolution supporting the the Ibaloi as indigenous peoples mandatory representative for Baguio City was discussed by the Ibaloi and migrant participants during one of the seven workshops during the conference.

The resolution states that the Indigenous Peoples Rights Act (IPRA) of 1997 provides for the right of IP/ICC to participate fully at all levels of decision-making through procedures determined by them as well as to maintain and develop their own indigenous structures. It specified also that AO of 1998 – Rules and Regulations Implementing RA 8371 provides mandatory representation to ICC/IPs in all policy-making bodies and other legislative councils. It further stated that NCIP AO No. 001 of 2009 states that ICC/IPs representatives shall be qualified and chosen by their own communities in accordance with a process to be determined by them; and that the NCIP in close coordination with the DILG shall come up with appropriate measures to ensure the full participation of ICC/IPs in matters affecting their development 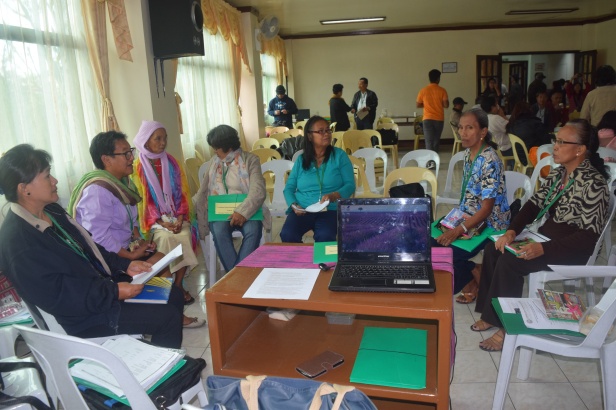 The resolution further stated that the National Commission on Indigenous Peoples (NCIP) as well as the DILG and the Baguio City LGU have failed to facilitate the implementation of these provisions of the IPRA and its IRR in Baguio City for the past 18 years thereby depriving the indigenous peoples of Baguio of their right to mandatory representation in the Baguio City Council.

The Cordillera elders’ workshop recognized the Ibalois as the original inhabitants of what is now Baguio City, which has long been proven to be their ancestral domain, based on numerous historical documents including the legal doctrine of Native Title and that the Ibaloi should be the legitimate IPMR in the City of Baguio.

Lastly, the resolution calls on the NCIP to support the selection of the IPMR for Baguio City through a process determined by the Ibaloi and to certify that he/she is the duly selected IPMR for Baguio City. The resolution also calls on the City Council to pass a resolution supporting this selection process as determined by us and to pass a city ordinance appropriating the necessary funds for the IPMR to sit in the City Council.

The Cordillera Elders Workshop for Regional Autonomy was held at the Gladiola Hall, La Trinidad, Benguet attended by 162 participants from the different provinces of the region. The workshop was a collaboration of the Cordillera Peoples Alliance, National Economic and Development Authority-CAR, University of the Philippines Baguio and the Cordillera Administrative Region Association of State Universities and Colleges.  ***

An Ibaloi and Vice Chairperson