32nd Cordillera Day is decentralized but guided with a central theme “Advance Indigenous Peoples’ Struggle for Self-Determination. Onward with the Politics of Change.” Each or cluster provinces will have their own celebrations to highlight specific issues on environment, human rights and politics of change. Moreover, decentralized celebrations reflect the growing strength of the Cordillera people’s mass movement.

Revisiting the history of Cordillera Day

Cordillera Day was borne out of State fascism during the Marcos dictatorship. From Chico River Dams to the Cellophil Resources Corporation, Marcos and his cronies unleashed terror resulting to grave human rights atrocities and human suffering against our people. We must never forget these especially during these times that there is a concerted attempt to re-write history by refurbishing the image of the Marcos dictatorship and denying the grave abuses committed during the martial law period. 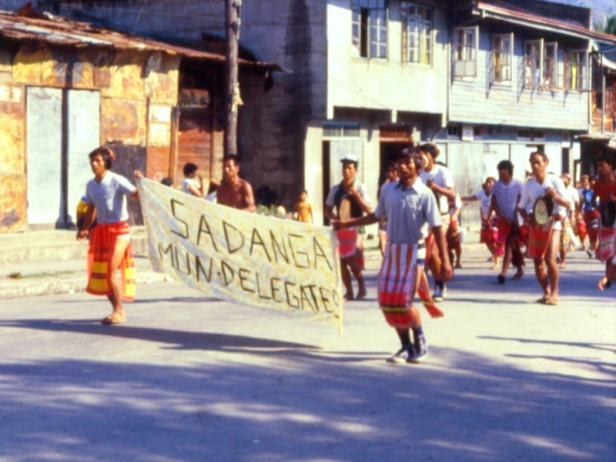 We must learn our history that on April 24, 1980, Macliing Dulag, a prominent leader of the people’s opposition against the Marcos and World Bank-funded Chico River Dams, was brutally murdered by the military in Tinglayan, Kalinga. We must not forget the 1984 Beew Massacre in Tubo, Abra where a pregnant woman, a child and an adult were burned to ashes by the military. We must not forget the long list of the crimes of the Marcos dictatorship against the Cordillera people. We must seek justice and resolutely say “Never again to Martial Law!”

Since colonial times, the State has treated the Cordillera as a resource-base. And historically the State undermines the rights of indigenous peoples and people of the Cordillera over their ancestral territories in the name of “development and progress”. Today, the remaining natural richness of the region are under threat from multinational corporations and the State. From rivers, mountains to the underground, energy and large scale mining applications are all over the region.

These energy and mining operations and applications are causing irreversible environmental damages, disunity among communities, militarization and human rights violations. On the ground, the Sta. Clara and Quadriver Corporations in cahoots with the National Commission on Indigenous Peoples (NCIP) deceived the people in Tinoc, Ifugao in their attempt to build at least six mini-hydro projects. But due to the strong opposition of the people, the project was put on hold. SN Aboitiz Corporation, on the other hand, plans to build the Alimit Hydroelectric Power Complex with at least 350Megawatts. This mega hydro complex will affect some parts and communities of the municipalities of Lagawe; Lamut; Mayaoyao and Aguinaldo in Ifugao.

In Kalinga; Apayao and Abra, mining and energy corporations such as the Makilala Mining Company, Golden Lake Mining Resources and global giant Chevron are violating the rights of the people to free prior informed consent in partnership with the local government unit and NCIP. The NCIP as an agency uses misrepresentation and misuse of indigenous socio-political systems to manipulate and disregard the FPIC processes. Common to these projects is the deployment of State security forces as an investment defense force to protect these energy and mining corporations. Aside from the violations of FPIC, people are subjected to threat, harassment and intimidation. In worst cases, members and leaders of local peoples organizations who oppose these destructive projects are targets of extrajudicial killings.

But as shown by our experiences with several big dams and large scale mining operations, these projects did not bring development and progress. In fact, Binga, Ambuclao and San Roque Dams displaced thousands and its environmental effects are causing misery to the Upstream and Downstream of these dams. Water sources on these communities are also privatized. Lepanto Consolidated Mining Company, Philex, Benguet Corporation and their subsidiaries continue to pile up their lists of environmental disasters to communities.

The plunder of our remaining resources only serves the greed of capitalists, multinational companies and not the interest of the people.

The Cordillera people’s mass movement and CPA experienced open attacks and various forms of human rights violations from the Marcos Dictatorship, succeeding regimes and now the BS Aquino regime. Even today, justice remains elusive for the massacre of the Ligiw family, and the deaths of William Bugatti, Delle Salvador and Rafael Markus Bangit. CPA pioneer and member James Balao, a victim of enforced disappearance, remains missing up to date. In Aquino’s remaining months, the open attacks continued with the brazen harassment of CPA leader Xavier Akien, who was tailed by unidentified men aboard two vans and two motorcycles.

CPA condemns this blatant act of terrorism. This pattern of surveillance is not simply tailing but an operation beyond that. This pattern of surveillance shows intent of enforced disappearance, of extrajudicial killings. These acts of harassment and surveillance are exactly the events that took place before the  killing of Markus Bangit,  before the enforced disappearance of James Balao— all CPA leaders for whom, up to now,  justice has not been served. Even in the provinces, this harassment is experienced by local leaders and community leaders.

As a duty bearer, the State must respect, protect and fulfill human rights. Surveillance, harassment and other forms of human rights violations against members and leaders of people’s organizations must be stopped. Being a member or a leader to an organization is not a crime. Organizing and mobilizing communities for a common good is just. Participating in political assemblies, rallies, and other protest actions is a basic right of people. As the history of Cordillera Day has taught us, we need to assert and defend our rights when the State interferes and uses its armed machineries against the people.

Onward with the Politics of Change

Our current political system is rotten. And we have no illusion that an election can simply solve the entrenched problems of our society. Instead, we use election as a venue to assert our call for politics of change. Politics of change means a change in the political system as a springboard for genuine economic development that leads to progress. Politics of change would also mean the recognition of the right to self-determination of indigenous peoples and control of resources in their territories. It would also mean forwarding reforms that will truly serve the interests of the people.

In the light of the coming elections, Cordillera Day 2016 also serves as a platform to raise the indigenous peoples’ electoral agenda, and to express our collective support for progressive candidates and partylists. As we face a seemingly hopeless situation because of massive corruption, State neglect and human rights violations, there is an urgency to send a fighter for the people to the Senate and to increase the number of progressive partylist representatives in the lower house.

People’s lawyer Neri Colmenares, son of a clerk and security guard, and a 3-term Bayan Muna Partylist Congressman and Deputy Minority Leader in the Lower House (check this) is made for this need. He authored and co-authored at least 9 laws on people’s welfare, such as the Human Rights Victims Reparation and Recognition, Anti-Torture Law, Free Disaster Alerts and the P2,000 pesos SSS pension increase (which was vetoed by President BS Aquino).  He is also a survivor of the martial law dictatorship. Let us send our Fighter ng Bayan Colmenares to the Senate.

Likewise, progressive party lists under the Makabayan Coalition namely: Bayan Muna, ACT Teachers, AnakPawis, Kabataan and Gabriela have passed numerous laws for senior citizens, youth, women, teachers, media, persons with disabilities, health workers, peasants and more. These progressive partylist representatives are men and women of honor and courage with a bias for the oppressed poor. They abhor corruption, human rights violations and State neglect, and fight for the interest of the people. They are exemplary servants of our people and are badly needed in congress. Let us vote for the true voices and representatives of the marginalized sectors who can really speak out and legislate laws for the interests of the majority.

Continuing the challenges of our heroes and martyrs 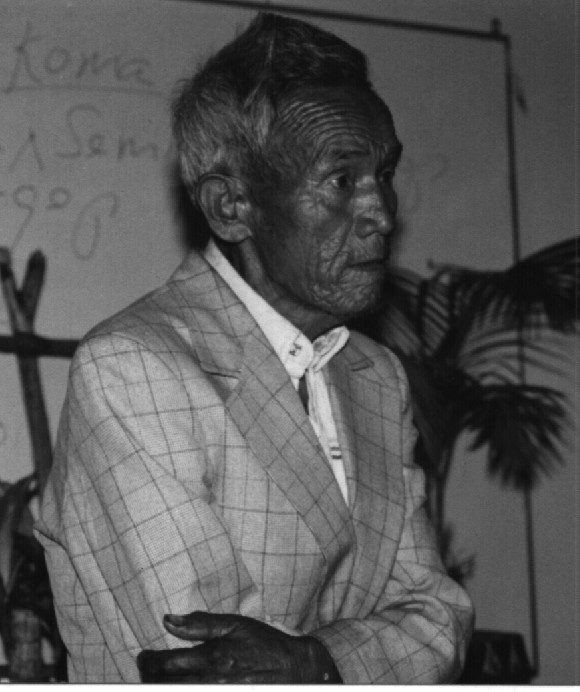 Today, we remember our heroes and martyrs who sacrificed their lives for the defense of the land, life and resources. This year, we highlight two pioneer elders of CPA who defended the Cordillera until their last breath: Padi Eduardo Solang and Ina Endena Cogasi were exemplary leaders who stood firm amidst threats to their lives and State repression. We highly value their contributions to the Cordillera people’s struggle, which are weightier than the Cordillera mountains.

As we celebrate the 32nd Cordillera Day, we are reminded of the value and correctness of the people’s struggle to achieve genuine change in our society. Our celebration serves as a reaffirmation of our duties as Igorots and people of the Cordillera to defend our land, life and resources not only for us but for the future generations. May our celebration inspire us and strengthen our solidarity to continue the struggle against a common enemy. We owe it to our heroes and martyrs to pick up what they have left and continue serving the people. Like our forefathers, we will fight until we achieve genuine regional autonomy, national democracy and self-determination.***